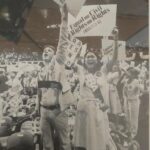 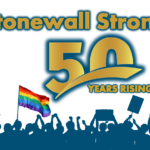 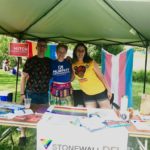 Stonewall DFL works for a safe and equitable Minnesota by electing lesbian, gay, bisexual, transgender, queer, and allied Democrats to public office in Minnesota and to party office in the Minnesota DFL. The caucus offers endorsements for local, state and federal DFL candidates who support equality for all Minnesotans. Stonewall DFL provides endorsed candidates with both financial and volunteer support whenever possible. The Board of Directors meets on a monthly basis to carry out the business of the caucus and is open to the public.

The Minnesota Stonewall DFL Caucus was first organized in August 1980 as the LGBTF Caucus (LGBT & Friends Caucus). Its charter was recognized by the Democratic-Farmer-Labor Party of Minnesota in 1982 and was renamed Stonewall DFL in 1992. Today, Stonewall is the DFL’s oldest and most active community caucus and the oldest continuously-operating political advocacy organization whose mission is to promote LGBTQ equality across the state of Minnesota. 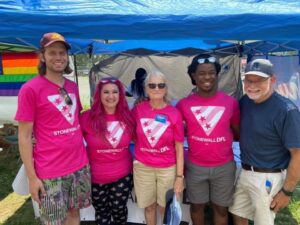