Stonewall DFL endorses candidates in congressional, state legislative, and local elections. Check out who Stonewall DFL has endorsed and is working to elect.

Get email updates from Stonewall DFL

Stonewall DFL members have voting privileges at all membership meetings and committee meetings; this includes voting for candidate endorsements.

The entire membership generally meets once or twice a year, electing the board of directors which meets monthly. Members are encouraged to be active with our six standing committees which meet with varying schedules. All meetings are public and guests are welcome.

Stonewall DFL is a community caucus of the Minnesota Democratic-Farmer-Labor Party.

Watch our calendar for upcoming events!

Outreach & Inclusion is Our Mission

As the official LGBTQ outreach arm of the DFL, we participate in Pride and other events in every corner of the state – educating and registering voters, promoting our endorsed candidates, and creating a pipeline for LGBTQ people to get involved in the DFL Party.

We remind the Party of – and help it fulfill – its obligations of outreach and inclusion for lesbian, gay, bisexual, transgender, and queer people. Electing Champions for our Community

Stonewall DFL works for a safe and equitable Minnesota by endorsing and electing LGBTQ and allied candidates for public office in and in the Minnesota DFL Party. Our endorsements are important to many Minnesotans who seek our advice choosing candidates that will champion issues impacting the LGBTQ community. We are formally revoking the Allan Spear Award presented to Jefferson Fietek in 2011. Fietek was a teacher and activist in the Anoka-Hennepin school district community. We've recently learned of stories of students who have been manipulated, groomed, and sexually assaulted by Fietek, including around the time this award was presented. In 2014 Fietek ran for Minnesota House with Stonewall DFL's endorsement.

We apologize for our role in giving Fietek a platform and bolstering his reputation over multiple years. Stonewall DFL has zero tolerance for sexual misconduct and we take seriously all allegations. The safety of our community is non-negotiable.
m.facebook.com/story.php?story_fbid=10214474765577492&id=1670192046&sfnsn=mo ... See MoreSee Less

In full Personal transparency ... Iola Kostrzewski our Co Vice Chair along with other Stonewall DFL leaders Samuel Doten (Chair) and Ed Eiffler Jaramillo (Director at Large) held a meeting with OutFront Minnesota on Friday, June 12th 2020. The Stonewall platform was used for the privilege it holds in the community and power for change.

The primary purpose of our meeting was to give input on what OutFront needs to do to better serve all communities with focus on Black and POC Trans and Non binary communities.

One of the asks from Stonewall was for OutFront to meet with members from the community for what OutFront has done well and where they have failed. If you would like help with this, please message our page.

A letter, written with help from various community members who offered demands, was also put together:

The United States has been called to move from study and supportive words, broad statements about wanting equality, and move into action and transformation such that Black Lives Matter is no longer a hashtag, but a reality.

Many long known and stifled truths about the Minneapolis Police Department, the Minneapolis City Council, and many other for profit, not-for-profit, and government organizations are being heard in the waves of demands for change since George Floyd's murder on May 28, 2020.

>Make opportunity for truth, reconciliation, and reparations for Black Trans activists for the appropriation of their efforts in recent actions connected to Iyonna Dior;

>Make opportunity for prior and current staff of OutFront Minnesota to confidentially and anonymously, or vocally and publicly as they chose with full legal protection from retaliation and retribution, speak the truth about their experiences working at OutFront Minnesota;

>Make opportunity for community members and organizational partners of OutFront Minnesota to confidentially and anonymously, or vocally and publicly as they chose with full legal protection from retaliation and retribution, speak the truth about their experiences working with OutFront Minnesota;

>Provide training for the Board and staff on racial equity, White fragility, interrupting systems of Whiteness, and transformative accountability;

>Contract for ongoing transformative racial equity coaching for the Board and staff leaders;

>Honor Monica Meyer’s significant contributions to OutFront Minnesota and the pursuit of LGBTQ Equality in our State and hire new leadership within six months that unflinchingly centers racial equity in work for LGBTQ lives, a leader who can move the organization forward towards achieving the vision of a Minnesota where LGBTQ individuals have equal opportunities, protection, and rights; and,

>Commit to, within a year, revising the mission, vision, and focus of OutFront Minnesota to include clear focus on racial equity and transformative justice as necessary to ensure OutFront Minnesota does not continue to multiply harms upon LGBTQ Black, Indigenous, and People of Color.

We're celebrating virtually this year but that doesn't mean our continued work toward fair, full, and equal rights for the LGBTQ+ community will rest. ... See MoreSee Less

“Stonewall DFL proudly endorses Alex Palacios for Ward 6,” said Samuel Doten, Stonewall DFL chair. “Now more than ever, we need to elect Black trans leaders who will ensure that no neighbor is left behind. It’s especially meaningful to endorse a Stonewall member for election. Alex embodies some of the best characteristics and talents of our membership.”

“This endorsement is not one I take lightly. The vote of confidence Stonewall has given me amplifies the work I have done, and encourages me to be and do much more. It's no coincidence that this endorsement comes during Pride month; I am honored to be part of a legacy of rising up for our deepest held values and beliefs. I believe strongly that intersectionality, antiracism and people-first approaches are the path forward for Ward 6, for Minneapolis, and for the LGBTQ+ community,” said Palacios.

Endorsed candidates meet or exceed Stonewall DFL’s screening criteria as set forth by its Political Support Committee and affirmed by at least 60 percent of the Stonewall DFL Board of Directors.

I share @MinnesotaDFL’s belief that democracy starts at the grassroots, and I’m incredibly proud that we won the endorsement through a people-powered process.

Now let’s win this election to keep up our fight for bold, progressive change for Minnesota’s families! https://t.co/R7gZG9BbDm
View on Twitter 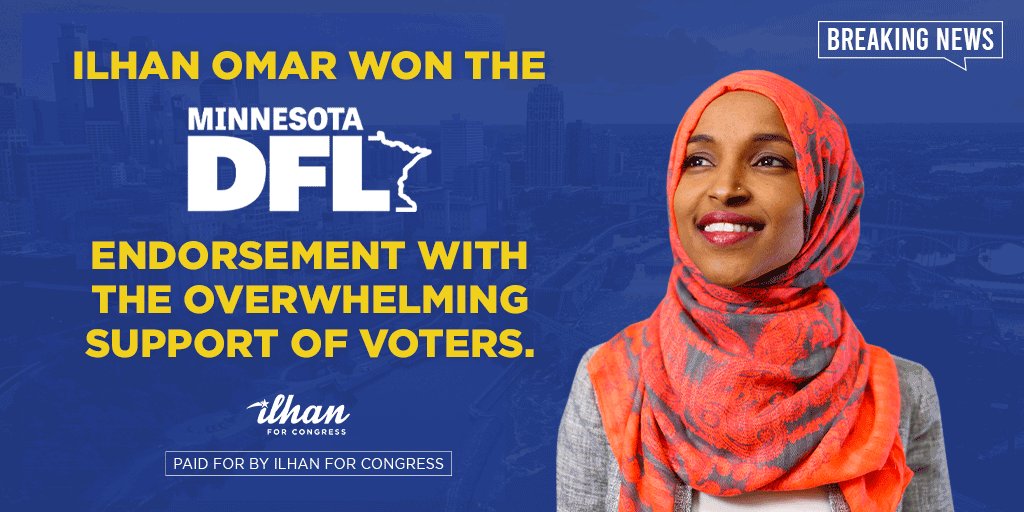 The DFL Party is a big tent party and Minnesotans running for Congress under our party banner reflect that. From business owners to veterans, teachers to health care advocates, our candidates come from many different walks of life but share a common goal: improve people's lives.
View on Twitter
8
0 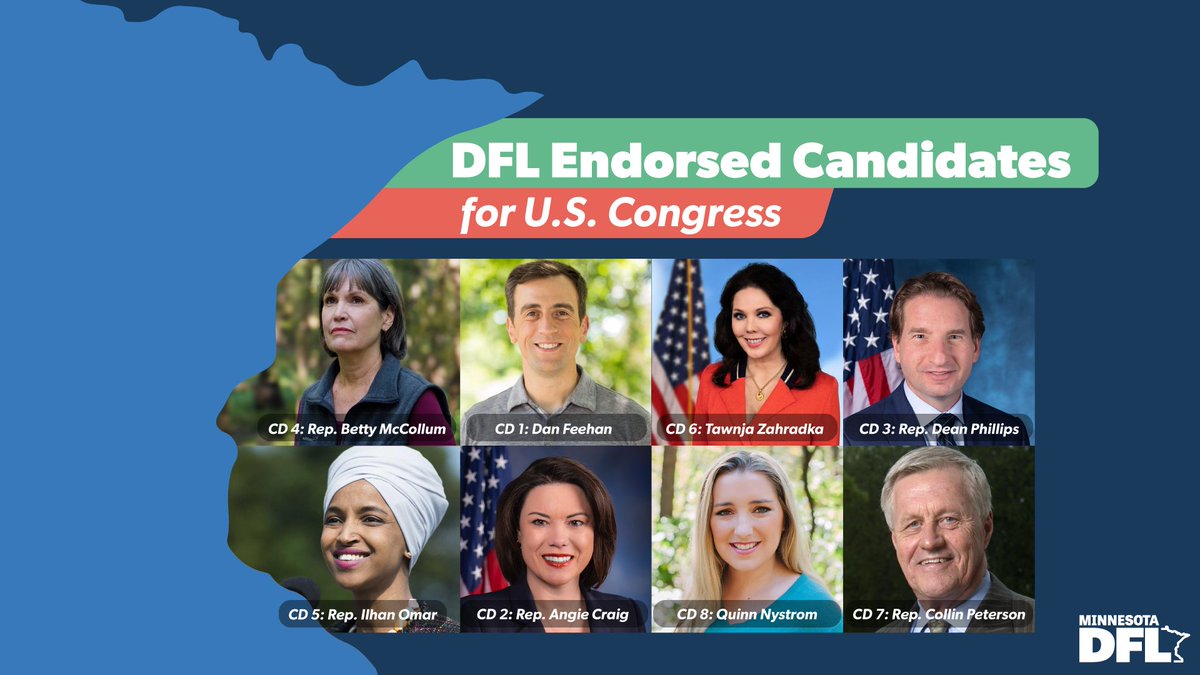 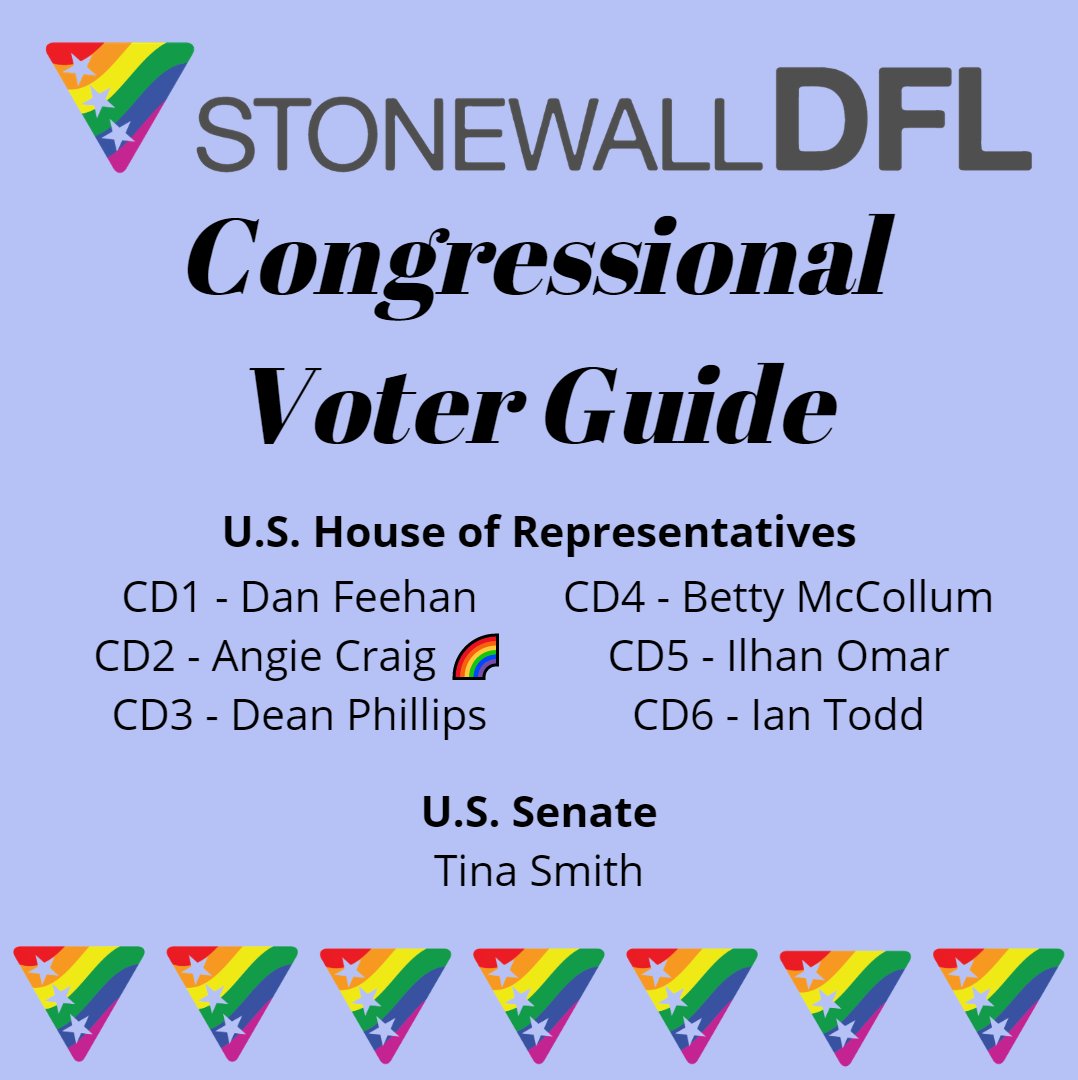 The fight for LGBTQ+ rights is one of the most important of this moment. I'm honored to have the support of @StonewallDFL and @outfrontmn, and I'm proud to join them in the fight for a more equitable Minnesota. https://t.co/88WfAtUzqq
View on Twitter 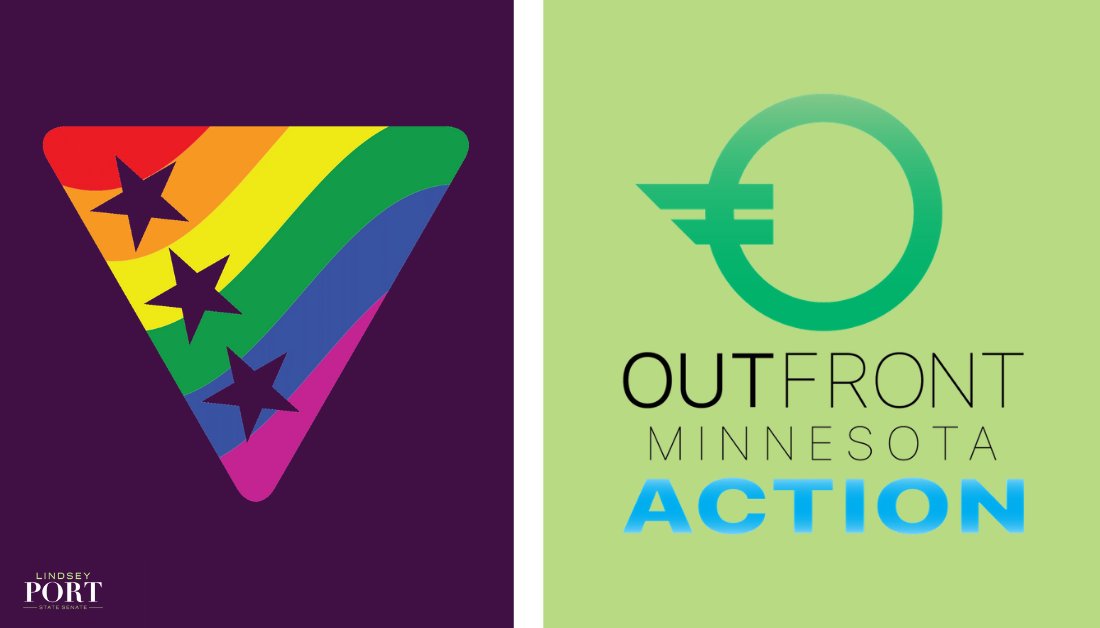